Right from the beginning: returning to the origins of the orphan drug movement 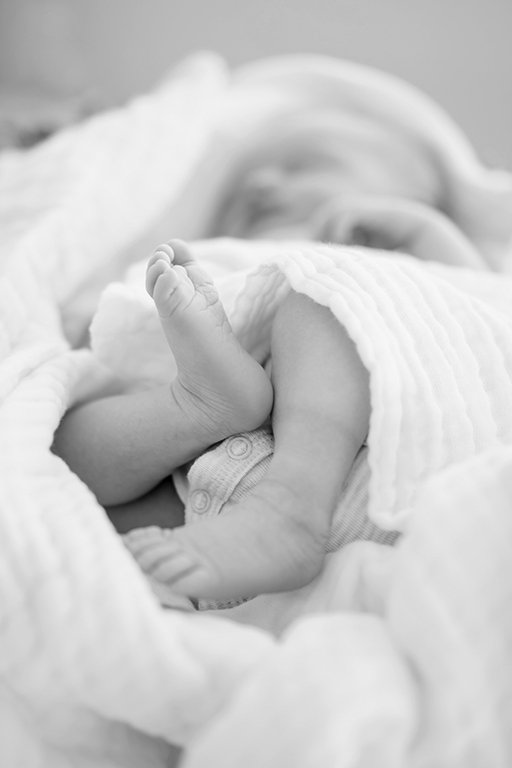 This article was originally published as part of the From The Trenches feature of LifeSciVC.

Our industry stands at the beginning of the most significant opportunity to impact genetic and metabolic disease we have ever encountered – the ability to decisively intervene in the perinatal period with therapies capable of lifelong transformation. To fully seize this opportunity, we must act with urgency to bring the benefits of the Orphan Drug Act to its youngest intended beneficiaries.

The world has changed dramatically for patients suffering from rare genetic diseases. Since the Orphan Drug Act of 1983, there have been 590 drug approvals for orphan diseases compared to only 10 in the prior decade.  Thanks to the enormous scientific advances associated with the human genome project, drugs approved under the Act target the underlying genetic basis of disease rather than symptomatic relief.  The resulting therapeutic gains are truly awe-inspiring. It is impossible today to imagine patients with Gaucher disease, Hunter syndrome, Paroxysmal Nocturnal Hemoglobinuria, Leber’s Congenital Amaurosis, Hemophilia, or Cystic Fibrosis suffering the way they did as recently as in the 1990s.

While many children are benefiting from this revolution, our industry has been focused on creating therapeutics for adults, rather than for patients at the beginnings of their lives. Prior to 2000, less than 10% of approvals under the Act were for children or infants. More recently, fewer than 25% of approvals under the Act have included children and most do not include infants.

Most would agree that the greatest therapeutic opportunity and unmet need resides in this young population.  Infants and children have a plasticity and repair capacity that does not exist in older patients, and this age group stands to benefit more than any other from early identification and treatment before the onset of irreversible disease activity.

We have already seen what this future could be like.

Our industry stands at the beginning of the most significant opportunity to impact genetic and metabolic disease we have ever encountered.

Modern vaccines have curtailed or eliminated several highly morbid and deadly infectious diseases from our experience, some on a global basis. Cumulatively, hundreds of millions of children have avoided severe disability or death from polio, smallpox and diphtheria. Many of these vaccines were developed under conditions of extraordinary urgency, stretching regulatory frameworks and development paradigms to establish proof of efficacy for later translation into broader adoption.  The introduction of cancer therapeutics and anti-retroviral therapies for HIV provide other potent examples of what a positive, forward looking mindset and unflinching determination can accomplish.

We want to make the ravages of inherited diseases feel as imaginary and fictional to the next generation as polio or smallpox feel to today’s children. The key to achieving this, as it was with vaccines for infectious diseases, is to intervene before disease onset results in irreversible consequences.

Spinraza® (nusinersen) for spinal muscular atrophy (SMA) is an example of how this has been done for families faced with what was once a devastating diagnosis. The story of Spinraza’s development also provides an important case study for understanding why drugs that offer early intervention for genetic diseases are the exception, rather than the rule.

Spinraza is an intrathecal antisense oligonucleotide that progressed from animal POC in late 2010, to an IND in December 2011, to full approval for all forms of SMA for patients of all ages (including infants) in 2016.

This meteoric trajectory resulted from a confluence of factors: the identification of an established genetic cause and target for SMA (SMN2) and an established primary target cell (spinal motor neurons); novel chemistry that allowed for penetration and retention of the ASO within those cells; an engaged and participatory patient advocacy group; a well-established understanding of the natural history of the disease; and validated and FDA-accepted registration endpoints.

How was Spinraza approved so quickly and with such a broad and inclusive label?  And why is this experience so atypical for new drug approvals, even under the Orphan Drug Act?

From the outset, Spinraza was studied in SMA infants. Although adults with an attenuated form of SMA exist, the unmet need does not lie in this subpopulation. Moreover, because infants have a largely different physiology than adults, studying this population would have delayed the delivery of benefits to the true population of interest – infants – while being minimally relevant to helping researchers understand Spinraza’s safety, PK and efficacy.

The effects of Spinraza in symptomatic SMA infants were astounding and unequivocal – 51% of Spinraza-treated vs 0% sham-treated patients gained motor milestones. The mean motor scores of patients in clinical studies told a story of Spinraza-treated babies who could, unlike their peers, feed normally, sit unassisted, and rise to a stand then take a few steps. In contrast, all of the sham-treated babies died.  A p value of <0.0001 tells us that this difference is not due to chance.

Still, the Spinraza-treated infants who could now take a few steps and breathe independently ultimately plateaued and demonstrated substantial weakness.  Too much damage had occurred by the time their treatments started.  While the initial effects of Spinraza were astounding, SMA remained a dominant force in the lives of these children and their families, who continued to devote all their efforts to maintain the tenuous hold on their children’s functional independence that Spinraza had given them:  Respiratory therapies to prevent infections, orthotic devices and daily stretching to prevent contractures and joint instability, wheelchairs to go to Disney World, adaptive equipment in the home and IEPs at school.  The list goes on.

Each of these families gladly bore that burden, as opposed to the alternative.  But how much more would these families’ lives have improved with earlier intervention?

For this reason, Spinraza was also tested in presymptomatic children.  A diagnostic test, developed from a dried blood spot, was used to screen children for SMA.  When a child was identified genetically, they were offered Spinraza prior to the onset of symptoms. Ultimately, eighteen presymptomatic SMA infants were treated with Spinraza.

Several years after the initiation of therapy, none of those children developed evidence of SMA. Today, they are running and playing just like normal children. They don’t attend SMA meetings.  Their families have barely experienced SMA, save for injections a few times a year.  Their memories of SMA may one day grow yet fainter – Avexis is now building upon this foundation with encouraging early data that shows that AAV9 delivery of SMN may provide a one-time therapy that restores function and prevents disease in SMA infants.

That newborn screening test, by the way, costs about one penny per child screened and as of March 2018 was added to the mandatory screening test for every newborn in the United States.  And so, given the therapeutic landscape for SMA combined with the reality that virtually every child who will ultimately get SMA will be diagnosed prior to the onset of symptoms, it is possible to consider that moving forward, SMA will almost completely cease to exist as a disease.

Similar trajectories of drug development programs in other pediatric orphan disorders will be possible when several of the following factors are in place:

We need to shift our thinking to recognize that the certainty of (even slow) irreversible disease progression for newborns with genetic disease is no less urgent than it is for cancers that are deadly in the short term. How can we accelerate the testing and implementation of potentially curative solutions for diseases like cystic fibrosis, for example, if we are putting so many of our resources toward lengthy initial studies in patients over 18 whose disease stage and physiology are not informative or predictive for younger patients? Encouraging drug developers to focus on opportunities to intervene as early as possible before disease onset will require novel regulatory frameworks, tailored trial designs, increased investment in understanding neonatal physiology and building up greater expertise and infrastructure in conducting neonatal clinical trials.

We are developing extraordinary approaches with the potential to dramatically change the face of genetic disease. If we can gather the tools – and the courage – to implement these approaches during the neonatal period, we will be able to translate biotechnology into healthy lives for children who will no longer be impeded by their genetic legacy.

“Mom, what were those shots for again?”

“Those were for infantile Pompe disease, honey, which used to be serious.”

Next article: Genetic diseases steal too many kids' futures. It doesn’t have to be this way.
Safe Harbor Statement: Any statements in this press release about future expectations, plans and prospects for the company, including statements about our strategic plans or objectives, our technology platforms, our research and clinical development plans, the expected timing of the submission of IND applications and preclinical data, our manufacturing plans, our expectations regarding our new facility and other statements containing the words “believes,” “anticipates,” “plans,” “expects,” and similar expressions, constitute forward-looking statements within the meaning of The Private Securities Litigation Reform Act of 1995. Actual results may differ materially from those indicated by such forward-looking statements as a result of various important factors, including: uncertainties inherent in the identification and development of product candidates, including the conduct of research activities, the initiation and completion of preclinical studies and clinical trials and clinical development of the company’s product candidates; uncertainties as to the availability and timing of results from preclinical studies and clinical trials; whether results from preclinical studies will be predictive of the results of later preclinical studies and clinical trials; uncertainties regarding the timing and ability to complete the build-out of the Company’s manufacturing facility and regarding the new manufacturing process; expectations regarding the timing of submission of IND applications; expectations for regulatory approvals to conduct trials or to market products; challenges in the manufacture of genetic medicine products; whether the Company’s cash resources are sufficient to fund the company’s operating expenses and capital expenditure requirements for the period anticipated, including the funding of the new manufacturing facility; the impact of the COVID-19 pandemic on the company’s business and operations; as well as the other risks and uncertainties set forth in the “Risk Factors” section of our most recent annual report on Form 10-K and quarterly report on Form 10-Q, which are on file with the Securities and Exchange Commission, and in subsequent filings the company may make with the Securities and Exchange Commission. In addition, the forward-looking statements included in this press release represent the company’s views as of the date hereof. The company anticipates that subsequent events and developments will cause the company’s views to change. However, while the company may elect to update these forward-looking statements at some point in the future, the company specifically disclaims any obligation to do so. These forward-looking statements should not be relied upon as representing the company’s views as of any date subsequent to the date on which they were made.