Bringing the light of gene therapy to more patients 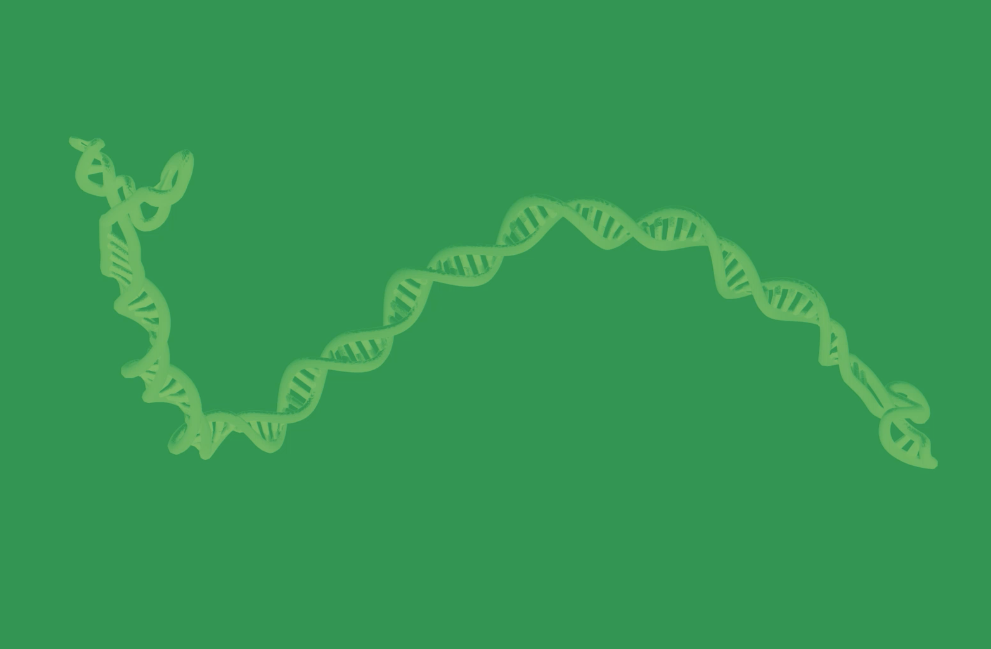 Thomas Edison’s first lightbulb in 1879 sparked a revolution. Using electricity that was passed through a platinum filament, his glass bulb required less power than the existing lamps of the day.

But it also lasted only a few hours before burning out. Edison tested thousands of other materials in his lab, and within a year had developed a better version that used carbonized cotton thread instead of platinum. The new bulb burned for nearly 15 hours. Still, it would take several decades for this discovery to be manufactured at sufficient scale to truly change society.

We’re now in the early days of an equally transformative revolution in medicine, propelled by advances in gene therapy. Today patients with rare diseases have a chance to benefit from treatments that insert healthy genes into their cells to replace faulty ones. Once thought to be the stuff of science fiction, delivering therapeutic genes is now very much a reality. The first gene therapy approved in the U.S.— Spark Therapeutics’ Luxturna™ — is improving vision in children with a rare genetic retinal disease for the first time in history.

But as with Edison’s initial breakthrough in 1879, the 1.0 version of gene therapy won’t — and shouldn’t — be the last.

We need a new approach if we are to make good on the promise of gene therapy for children, and for the world at large.

For all their potential, first-generation gene therapies have limitations that prevent their benefits from being fully attained and from improving the lives of patients around the world.

Most gene therapies are delivered using a non-pathogenic virus called AAV that carries DNA into cells. Many patients — up to 40 percent[1] — have pre-existing antibodies to AAVs. That means these patients’ own immune systems prevent the therapeutic genes from ever reaching the target cells.

In addition, patients without pre-existing antibodies develop them after they receive a single dose of gene therapy — meaning they can’t receive another dose if the effect wasn’t high enough or if it wears off. This one-shot nature of AAV gene therapy presents a number of challenges. For one thing, it means babies and young children are often not suitable patients for the therapy. Their target cells divide rapidly as they grow, diluting the effect of any early treatment. Since they cannot receive a second dose, it does not make sense to treat these patients early in life — even though that’s precisely when such a therapy would have the best chance of preventing the emergence of life-altering symptoms and irreversible damage. While much research is being done to potentially allow redosing of AAV to boost or extend expression, there has been no clear breakthrough.

Current AAV gene therapies are also constrained by the relatively small capacity of AAV vectors. Many genes are simply too large to fit inside the envelope, or capsid, of these viral vectors — such as the genes for inherited retinal diseases like Leber’s congenital amaurosis 10 and Stargardt disease — significantly limiting the number of diseases that can be treated. Furthermore, drug developers often can’t fit native promoters — snippets of DNA that specifically modulate a gene’s expression and are often quite large — into the therapy. As a result, the expression can’t be adjusted to meet the needs of the patient. Instead, the gene is infused at the highest possible dose and enters a certain percentage of cells. The patient has to live with the result; doctors can’t turn the gene expression down if the dose is too high or give the patient booster treatments if the effect is too low or begins to wane.

Yet another challenge: AAV based gene therapies are currently too complex and costly to manufacture on the scale needed to create medicines for a global population. Current limitations in manufacturing techniques may allow the technology to benefit only a small fraction of patients who could otherwise be eligible for gene therapy.

We need a new approach if we are to make good on the promise of gene therapy for children, and for the world at large. We believe the path forward requires reinventing gene therapies — not as one-time drugs for some adult patients in wealthy countries, but as true “genetic medicines” with drug-like properties that can benefit patients of all ages worldwide.

Non-viral delivery vehicles are increasingly being recognized as the key to unlocking gene therapy’s potential. At Generation Bio, we are developing a new class of genetic medicines using a proprietary, capsid-free vector technology called closed-ended DNA, or ceDNA, which passes inside the cell from the cytoplasm to the nucleus and results in robust and durable gene expression. Not only does ceDNA allow for the potential to deliver much larger genes, it also makes it possible to treat a patient at birth and to repeat doses to increase and/or maintain the level of therapy as needed throughout the patient’s lifetime.

Our vision is to enable a new generation of children to live free of the conditions they were born with.

The impact of this approach could be profound. Consider the example of a child born with Phenylketonuria, or PKU, a rare metabolic disorder caused by a genetic defect that prevents the body from breaking down the amino acid phenylalanine, leading to toxic levels. There is currently no cure for PKU, which is identified through routine newborn blood tests and can lead to significant neurologic damage unless treated through rigid adherence to a low-protein diet.

Imagine it: a genetic medicine based on capsid-free genetic technology like ceDNA could potentially be given at birth and titrated until the infant was able to maintain the right levels of phenylalanine. That same newborn might be retreated in grade school to account for the growth of their liver. As an adult, the patient would monitor phenylalanine levels, and treatment might consist of a trip to the doctor’s office every several years. In addition to avoiding the consequences of disease progression, such an approach could also potentially allow patients to enjoy the freedom of a normal diet.

Our vision is to enable a new generation of children to live free of the conditions they were born with – like our hypothetical newborn with PKU. Today, for the first time, genetic medicines are offering a glimmer of hope that we can accomplish this goal. It may seem strange to think of gene therapy 2.0 already flickering into existence when the 1.0 version is still burning bright, but we should aim to make the ravages of genetic diseases as imaginary to the next generation as polio and smallpox are to children today, and to make this a global reality.

Next article: Moving forward: How our new space powers our mission to bring next generation gene therapies to patients
Safe Harbor Statement: Any statements in this press release about future expectations, plans and prospects for the company, including statements about our strategic plans or objectives, our technology platforms, our research and clinical development plans, the expected timing of the submission of IND applications and preclinical data, our manufacturing plans, our expectations regarding our new facility and other statements containing the words “believes,” “anticipates,” “plans,” “expects,” and similar expressions, constitute forward-looking statements within the meaning of The Private Securities Litigation Reform Act of 1995. Actual results may differ materially from those indicated by such forward-looking statements as a result of various important factors, including: uncertainties inherent in the identification and development of product candidates, including the conduct of research activities, the initiation and completion of preclinical studies and clinical trials and clinical development of the company’s product candidates; uncertainties as to the availability and timing of results from preclinical studies and clinical trials; whether results from preclinical studies will be predictive of the results of later preclinical studies and clinical trials; uncertainties regarding the timing and ability to complete the build-out of the Company’s manufacturing facility and regarding the new manufacturing process; expectations regarding the timing of submission of IND applications; expectations for regulatory approvals to conduct trials or to market products; challenges in the manufacture of genetic medicine products; whether the Company’s cash resources are sufficient to fund the company’s operating expenses and capital expenditure requirements for the period anticipated, including the funding of the new manufacturing facility; the impact of the COVID-19 pandemic on the company’s business and operations; as well as the other risks and uncertainties set forth in the “Risk Factors” section of our most recent annual report on Form 10-K and quarterly report on Form 10-Q, which are on file with the Securities and Exchange Commission, and in subsequent filings the company may make with the Securities and Exchange Commission. In addition, the forward-looking statements included in this press release represent the company’s views as of the date hereof. The company anticipates that subsequent events and developments will cause the company’s views to change. However, while the company may elect to update these forward-looking statements at some point in the future, the company specifically disclaims any obligation to do so. These forward-looking statements should not be relied upon as representing the company’s views as of any date subsequent to the date on which they were made.